The politics of ASIO refugees

In a poll conducted by The Age last week, 62% of respondents supported ASIO “banning refugees based on a secret assessment that cannot be challenged.”

Therein lies the difficulty for lawyers, refugee advocates, and the politicians who believe that ASIO’s powers exceed the rule of law and the right to a fair trial.

Senator George Brandis signalled on 774 radio that an Abbott led government would not continue a review of ASIO assessments by a former judge with no mandate to overturn decisions: “We have confidence in the way the ASIO assessment is conducted,” he said.

The Prime Minister has said much the same and has continued to ignore a decision of last year's ALP national conference to examine how adverse security assessments of asylum seekers could be reviewed in a way that protected ASIO's sources but ensured procedural fairness for asylum seekers.

The Greens have a different view, but, at this stage, no political mandate for the implementation of merits reviews, appeal rights or the right to be informed of the charges against genuine refugees deemed to be security risks.

Politically, the future is bleak for the 55 genuine refugees in indefinite detention in Australia – which is what prompted 27 of them to begin a futile 10 day hunger strike.  Their desperation became acute and, in the first few days, they really were prepared to die rather than live forever behind bars.

The support they received for their request for community detention with strict controls from the Human Rights Commissioner, the Commonwealth Ombudsman, Paris Aristotle, their lawyers, community activists, friends and the UNHCR, convinced them that death was final and even more hopeless, and that it was worth persisting for justice.

But how can justice be achieved when there is only minor political will for change?
Political leadership is hard to find on refugees.  In the current context, the ALP is distinguishing itself from Abbott on the basis of jobs, NDIS and Gonski – not human rights.  They are frightened by the words ‘boarder protection’ and ‘national security’.  The Greens are butting up to stone-walls on all issues of human rights: including equal marriage, indigenous health, single parents and refugees.  Human rights are just not on the agenda for 2013.

Prior to 2010, opinion polls consistently recorded 69-80% support for a bill of rights or Human Rights Act.  The consolidation of Anti-Discrimination laws undertaken by the Labor government has been a far cry from a bill of rights.

The Gillard government’s Human Rights and Anti-Discrimination bill was widely criticised for “offering the religious open slather” (David Marr).   The Australian Lawyers for Human Rights noted that: 'Although the new laws are a good start, there is still much that can be done … that would bring Australia closer to meeting its human rights obligations under international law. In particular… protection from discrimination for survivors of domestic violence, the homeless, intersex people and people with irrelevant criminal records.”

Amnesty International has already published scathing remarks as early as 2011 commenting that Labor had presided over a worsening of discrimination against indigenous communities, asylum seekers and refugees.  The Human Rights Council of Australia has previously called for a strengthened institution.

The Prime Minister’s reluctance to raise human rights issues in China is also a give away that this issue is not rating in the polls for Labor.

With broader human rights concerns not rating with the government or the general public, specific concerns about ASIO are unlikely to be given any weight at the ballot-box. Yet, we have a strong line-up of eminent minds urging us to prioritise the human rights of people in detention; a growing collection of parliamentary reports and inquiries damning our current practices of indefinite detention and increasing concerns expressed by international observers.

At the ALP Conference in Victoria on 20 April, the Prime Minister’s speech omitted any reference to refugees or human rights: the phrase “care for all” was repeated, but only in the context of NDIS, education and jobs.  The plan seems to be to win the election, and to “bring Melbourne home to Labor” without mentioning human rights – especially not of 55 indefinitely detained refugees.

The only way for this to change is for more than 38% of voters to care about our human rights record.  This is the challenge for politicians who do care, lawyers who understand what’s at stake and activists and citizens who want respect and dignity for all.

The first step is for all of us to understand that locking people away for the entirety of their lives because one (arguably unaccountable) organisation says so, is not just.  Every human has the right to a fair trial.  Our court system exists to prevent a police state and arbitrary arrest and detention – even by ASIO.

The second step is to tell politicians that this matters to our way of life in Australia.  The politics of human rights and ASIO refugees is up to us. 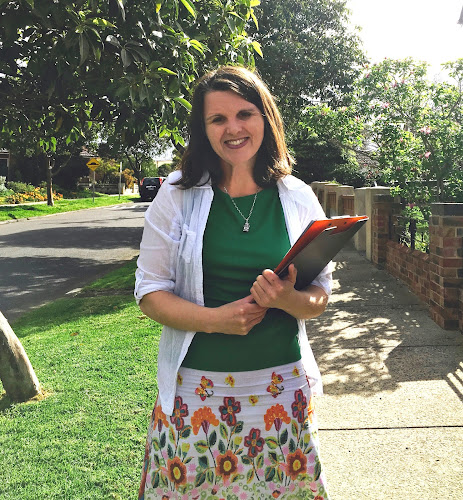