Time to close the education gap


Adam Goodes made it.  But the odds were stacked against him.

As an indigenous child born in Australia in 1980, he was likely to suffer worse health, educational and life-span outcomes than his non-indigenous peers.

Instead, he had the good fortune of being a skilful and disciplined athlete, and at the age of 16, was plucked from bleaker prospects by AFL scouts.

Goodes has been duly recognised as 2014 Australian of the Year "for his leadership and advocacy in the fight against racism both on the sporting field and within society - a stance which has won him the admiration and respect of people around Australia".

He could equally receive high accolades for his work with indigenous young people - work, it seems, which will never have enough champions.

That means 60% of indigenous Australians aged 17-24 years are neither employed, nor studying - 80% in the Northern Territory.

These figures are horrifying.


These findings mean that COAG is failing to achieve the target set to halve the gap between the educational achievement of indigenous and non-indigenous students by 2018.

Posted by Unknown at 3:59 AM No comments:

Organisers of a campaign supporting ‘boat-people’ have been forced to change the date from Australia Day due to potential offence caused to indigenous Australians.

In response to concerns about its timing, ‘National Boat Day’ has been re-scheduled for 27 January as a “day of boat therapy” encouraging Australians to reflect on the treatment of asylum seekers.

Founder and campaign manager, Michael Roper, said that although no offence was intended, it was “naïve” to hold the event to coincide with Australia Day celebrations.

He said there was “something darkly ironic in rejecting boat people” given the context of Australia’s white colonial history, but the message became “problematic” and easily confused.

But refugee advocates have criticised the organiser for insensitivity towards indigenous Australians.

In an email sent to refugee advocates, Liz Thompson said she hoped the organiser of the event “has now learned something”.

People may imagine “gallivanting around in boats on Invasion Day might be harmless fun for a good cause,” she wrote, but it is “an epic fail”.

“It matters when ‘well-intentioned’ people spit on the grief and inter-generational trauma of those Indigenous people.”

Mr Roper said that he consulted members of the indigenous community including elder, Barbara Williams Weston, who supported the event “once she understood” the reasons for holding it on Australia Day.

National Boat Day billed itself as “an opportunity for Australians to confront their fear of boats”.

Mr Roper said that encouraging people to “beach their boats” was an appeal to “middle Australians” who may be alienated by protests and rallies about asylum seekers.

The campaign is in its first year and has received support from Pamela Curr, campaign coordinator at the Asylum Seekers Resource Centre, and Daniel Webb from the Human Rights Law Centre.  Julian Burnside QC also tweeted his support for the event.

Six asylum seekers said to be on board a boat turned back to Indonesia on 6 January have detailed harm allegedly suffered at the hands of the Australian Navy.

The boat on which they were travelling to Australia was towed to Rote Island from waters close to Darwin on 6 January.

It was initially reported by the Indonesian police, including the police chief Hidayat that seven people had suffered burns when they were forced to hold a hot pipe.

Various reports in Indonesian and Australian press have detailed the following alleged victims of abuse:

1. Marke Abdullah Ahmed, Eritrean - allegedly kicked on left thigh and suffered a blister on his hand.

3. Ahmen Ali Noor, Somalian - allegedly suffered burns to their hands when they were forced to place their hands on a hot part of the boats engine when they asked to be allowed to use a toilet.

5. Yousif Ibrahim, Sudanese - said the passengers were handcuffed, insulted and, in the case of one man, beaten with shoes.

6. Mohamed Abdirashid, Somalian - allegedly suffered burns to his right hand as a result of a lighter.

7. Yousif Fasher - said they were beaten.

Other claims include that the asylum seekers were denied water.

Reports of the alleged abuse were first made on 8 January. The Chief of the Defence Force David Hurley defended the professionalism of the personnel involved in the tow-back.

The issue was revived in the press on Wednesday after photographs and footage of the asylum seekers and their injuries emerged.

The ABC has reported Indonesian authorities are investigating the claims of abuse, but Australia's Immigration Minister Scott Morrison said no investigation had commenced and that the claims were unsubstantiated.

Posted by Unknown at 2:56 AM No comments:

Heatwave no sweat for generation hot 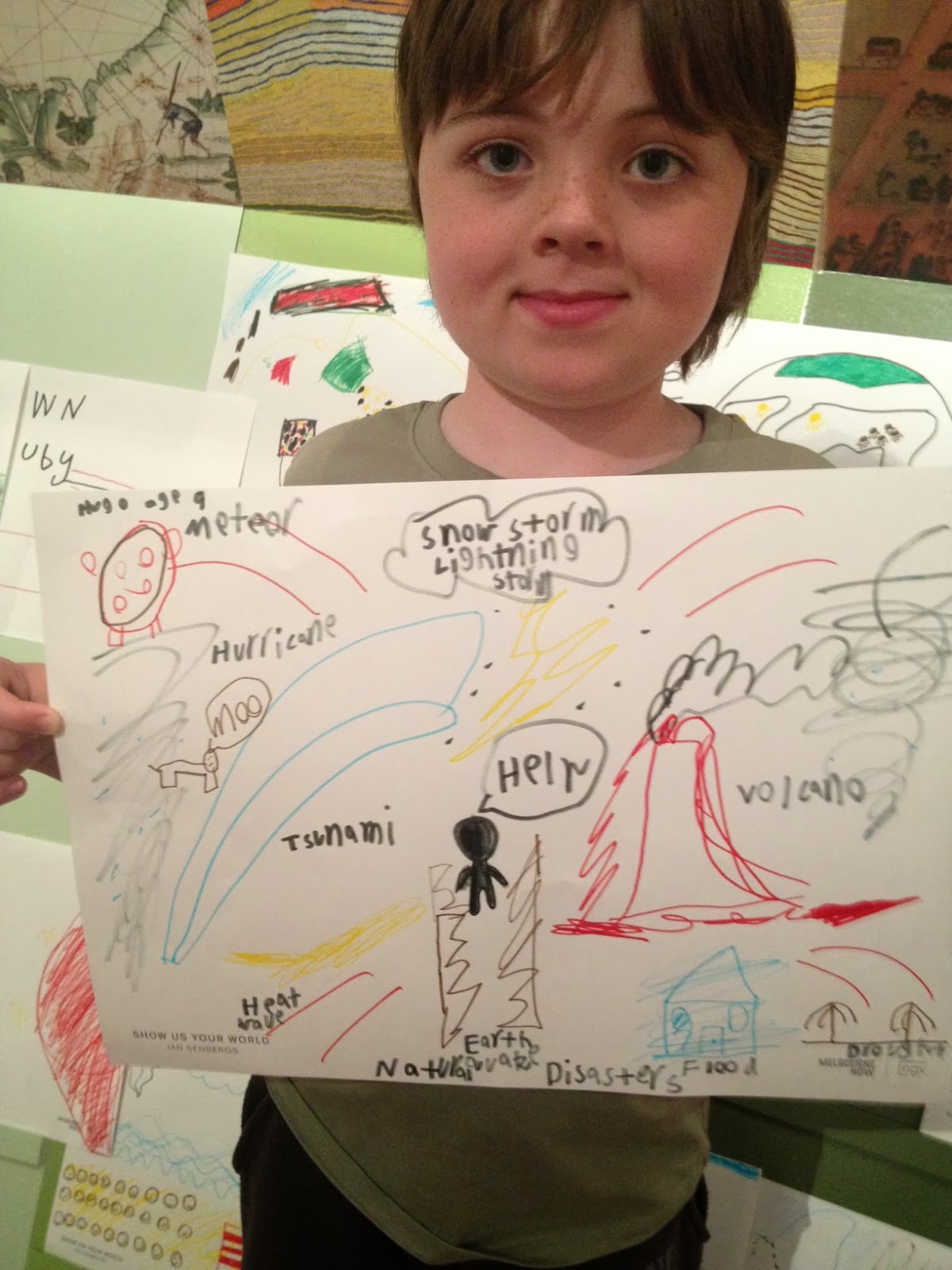 Children born in the last 10 years in Melbourne will surely be acclimatised to heatwaves unlike any preceding generation.  A string of four sequential days above 40 degrees has become unexceptional for ‘generation-hot’, and that’s a worry.

Last week, Melbourne was uncomfortable for children under 10 years old, but the oppressive heat was not a climate anomaly.  It was summer as they know it.

The babes of 2005 were born into Australia’s hottest year on record.  Average temperatures in 2005 were 1.03 degrees higher than the long-term averages recorded between 1961 and 1990.

Nine and ten-year-olds have lived through the deadly sauna of January 2009, when more than 350 Victorians were believed to have died as a result of the late January heatwave, and the newest hottest year on record, 2013.

My younger child was born mid-January 2005.  In his first two weeks, he experienced three days above 35 degrees.  In his first two months, he sweated through two full weeks above 30 degrees – in a non-air-conditioned weatherboard home in the concrete-lined inner city.

New Year’s Eve 1995 in Melbourne was a tepid 21.5 degrees.  The first New Year’s Eve for those born in 2005 was double this at 43 degrees.  I recall my near one-year-old son crawling into the icy drinks-tub to find relief as revellers dripped their way into the new year.

The weather-memories of today’s nine-year-olds must be programmed with annual periods of blistering heat, and adaptive responses to the stifling climate.   These children are familiar with schools’ ‘hot day time-tables’ and the ‘no hat, no play’ rule enforced during the summer school terms.

For them, heatwaves evoke a familiar routine of bunkering down – a reverse hibernation of sorts – in shopping centres, cinemas and swimming pools.  Trains and trams halt in their tracks, bitumen melts and shop-doors close – all quite unremarkably.

Pets are brought indoors or kept well watered, and fire-warnings are repeated on radio and television incessantly.

It is true that spikes in temperature and the January blasts above 40 degrees have always been present, but it is the frequency and duration of the extreme weather that has changed over the generations.

Now, civilisation hangs on until 110 degrees F (43 degrees C) before it completely melts into dysfunction.

Our changing reactions have been recorded sporadically. On 6 January 1950, it was reported that “hundreds of people walked up and down the Esplanade at St Kilda … and cooled off after the hottest day since January 28 last year. Melbourne's maximum temperature was 97.6 degrees at 3:30pm” (36.4 degrees Celsius).

A day of 36 degrees is hardly newsworthy in 2014 – and would certainly make players at the Australian Open greatly relieved.

Like smoking bans, mobile phones, the Internet and Youtube, heatwaves are part of life for Melbourne’s primary school children.

‘Generation-hot’ is programmed to accept weeks above 40 degrees as a natural part of a Melbourne summer.  The heatwave phenomenon, and climate change, has etched its existence into Australian life.

If heatwaves are normalised for the next generation, there is a high risk of complacency.

For these children, life is not hotter than it was.  Life is just hot and the ‘olden days’ of sub-forty degree summer heatwaves are history.
Posted by Unknown at 5:49 PM No comments: