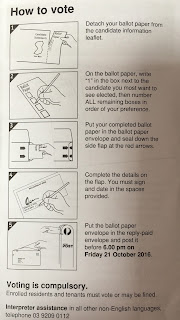 Your ballot paper should have arrived.  If you haven't received it by now, please contact the VEC on 8619 1751.

Number all boxes, SIGN and DATE the envelope and return by post it by 6pm Friday October 21.

This year, you won't receive an indication of how each candidate would like you to order your votes on the ballot paper.*

If you would like to support me, please vote:

Some candidates in Myrnong Ward, Moonee Valley, are distributing their own 'How to Vote' cards. I am not.

The order of candidates on 'How to Vote' cards (HTVs) is most often the result of preference swaps or deals, not the actual order a candidate 'prefers' the other candidates.

Here is some useful information about candidates' political party membership and preference swaps that are understood to have taken place this election:


Rose Iser - Independent - not a member of any party; not issuing HTV card; no preference swaps

This information is based on phone conversations with Jim Cusack, Miriam Gillis and Robert Cricco's team, HTV cards distributed by candidates, and the VEC statements online at:
https://www.vec.vic.gov.au/MooneeValleyElection/Candidates/

*(A disallowance motion was passed by opposition parties in the Victorian Parliament Upper House to stop the VEC distributing candidates' How to Vote instructions).
Posted by Unknown at 8:20 PM No comments:

What's your wish for Moonee Valley? 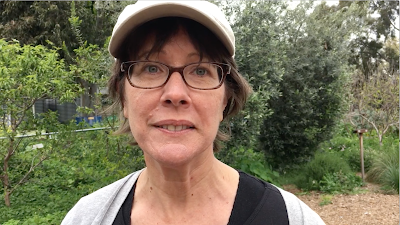 In the past two weeks, I've knocked on 500 doors and had over 250 conversations with Moonee Valley residents.  I've asked you...

"What's your wish for Moonee Valley?"

Kathy's wish is for us to retain our sense of community.

Elhadi's wish is for better security for the Flemington housing estate so that families feel safe at night.

I invite you to find out more about me and my work on this website. It's a record of council and community work since 2008.

Local government decisions have a lasting impact on our community and so Council elections are important. 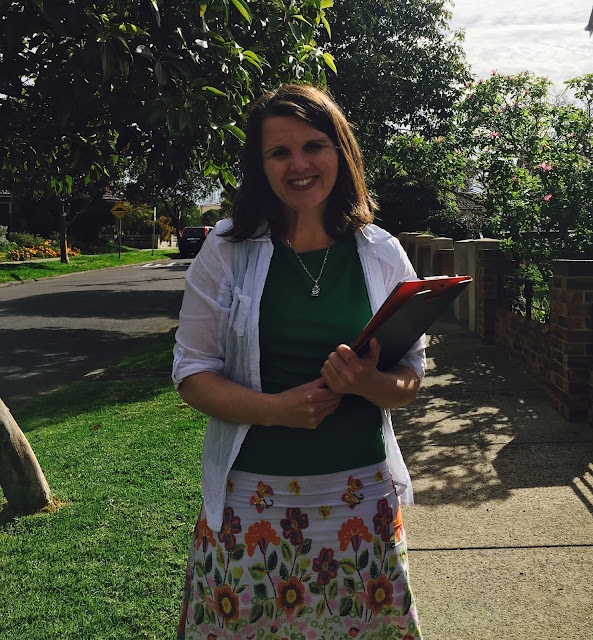 Posted by Unknown at 5:15 AM No comments:

From 2007-2010, I served as the Councillor for Flemington, Kensington (now City of Melbourne), Ascot Vale and Moonee Ponds.

During this time, I advocated tirelessly for:

I fought:
In 2007, I was one of the only Councillors to vote against the sale of a portion of Debneys Park that eventually paved the way for the construction of the Lombards tower.

I value investment in environmental and community services that make our suburbs even more vibrant, healthy, inclusive and sustainable. 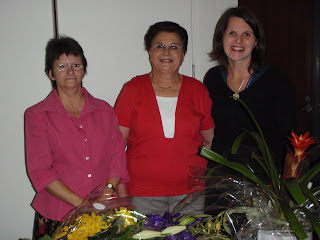 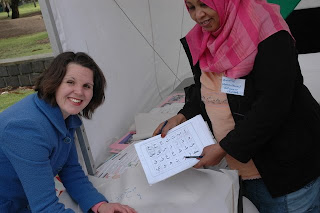 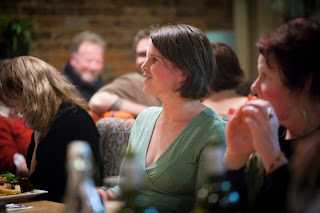 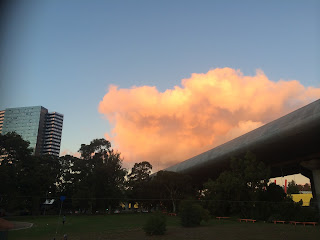 Posted by Unknown at 3:11 AM No comments: 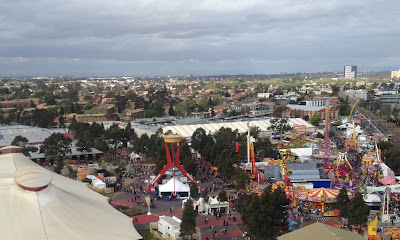 Talking with residents in Travancore and Flemington over the weekend, planning continues to be the most discussed local issue.

Travancore and Flemington are close to the city, so we expect some development and increased density.  But we don't expect, or accept, that our beautiful streets and neighbourhoods need to be spoilt, or that residential amenity should be sacrificed for developer greed.

Residents living in areas without heritage protection, like Newmarket, are under increasing stress as a stream of developments are proposed in the area.

So what can we do?

VCAT recently rejected an 8 storey (25m), 62 dwelling development at 436-442 Mt Alexander Rd.  This was in an area designated by Council for 3 storey dwellings - or 5 storey for key sites.  VCAT found that:

What this demonstrates is that where Council puts in the strategic work to specify heights, residential interfaces and other preferred design elements - including neighbourhood character and heritage protection, VCAT can support the intent of these planning guidelines.

This means Council needs to continue to put in the work at the strategic level to detail the preferred heights and design elements in areas that are likely to be subject to development.

Council officers also recommended approval of the proposal at 436-442 Mt Road demonstrating, as one resident put it, a real gap between elected councillors and officers at Moonee Valley.

It's an ongoing project, but Council putting its shoulder to the wheel and doing the hard strategic work is essential.

From the VCAT decision:

Posted by Unknown at 3:03 AM No comments: 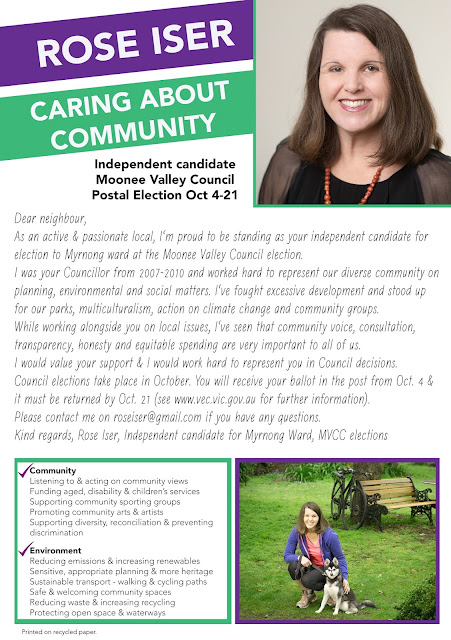 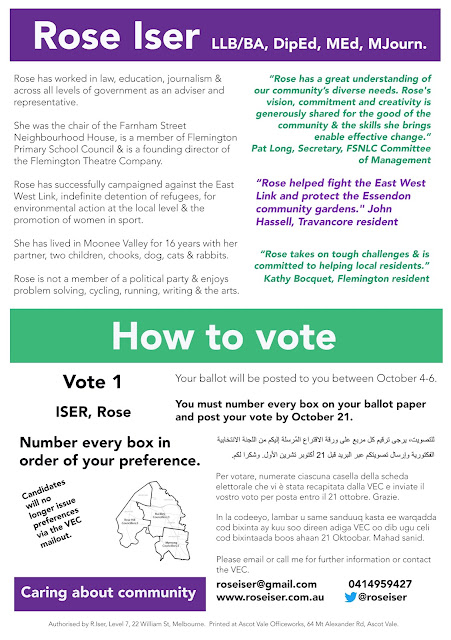 Posted by Unknown at 6:14 AM No comments: 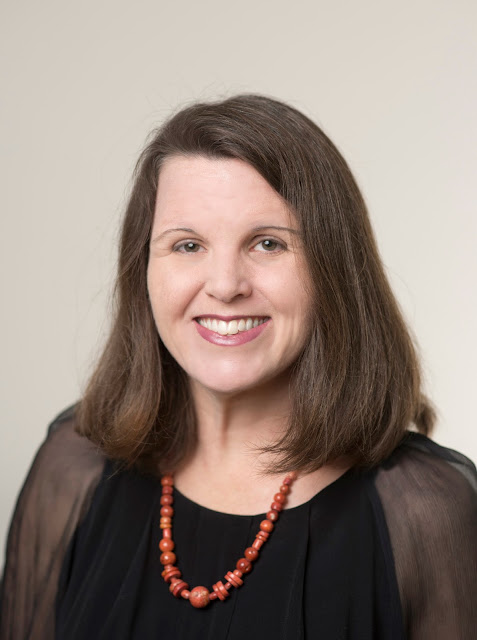 I've been writing this blog sporadically since 2008.  In the archives, there are many articles about Moonee Valley Council activities between 2008-2010 (see menu on right hand side).

Since 2010, I've used the blog as a travel diary and a space for reflections on politics, life and community conundrums.

There many be something of interest to you - thanks for reading.

You may also be interested in the eastwestlinkblog which is still online.